You Need:
What to do: How are they dancing? Well soda water contains a large amount of dissolved carbon dioxide. That's the stuff that makes it fizzy and fun to drink! The bubbles are less dense that soda water, so they rise to the surface. The sultanas initially sink to the bottom as they are heavier than water, but as the bubbles start to rise to the surface, they wedge themselves into the crevices of the sultanas, providing a buoyant force to help threm rise to the surface!

But they won't float on the surface for ever! Once the sultanas reach the surface, the bubbles supporting them pop! Causing them to sink again. But they will rise again as new bubbles lift them up! Will this rising and sinking motion go on forever?

Instead of using soda water you could create a bubbly liquid by mixing vinegar and baking soda, or experiment with other objects that can dance too! 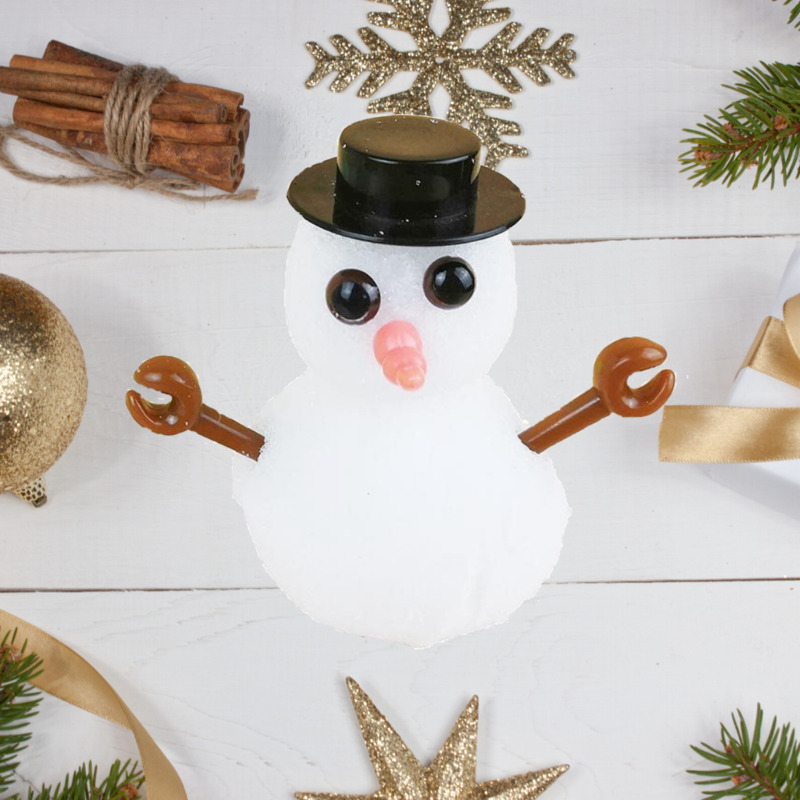 No snow? No problem! Use this polymer powder and moulds to create your own indoor snowman. A little bit of science magic.